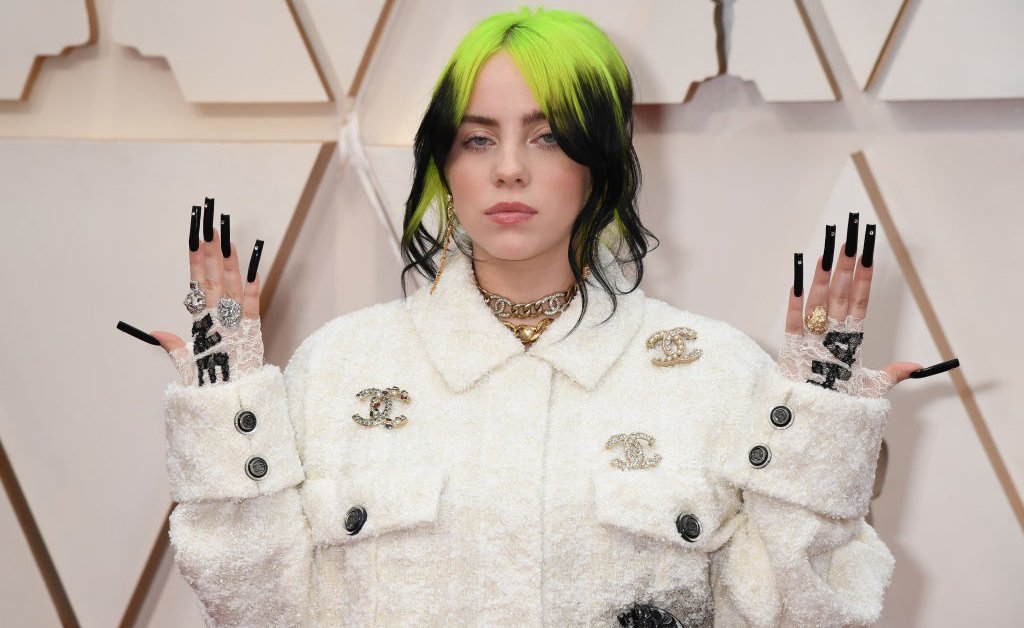 This Valentine’s Day is a big one for new music: Justin Bieber‘s Changes is out, as is Sam Smith‘s title track of his upcoming album, To Die For.

On the rock side, there’s Tame Impala — and The Strokes are back. For rap, A Boogie Wit da Hoodie, YG and Pop Smoke are worth the listen; while Bad Bunny and Ozuna continue to feed their fans. (In fact, fans of all these artists will find exactly what they’re looking for in these new projects.) So this week we’re doubling down on songs you either can’t miss — like Billie Eilish’s new James Bond theme, which is guaranteed to be ubiquitous soon enough — and others that you might accidentally miss in the deluge of new music, like the spare, beguiling electro-jazz of Marian Hill, Jordy’s delightfully buoyant heartbreak-pop, K-pop group Monsta X’s important English-language album release and Grimes’s turn to balladry with “Delete Forever.”

“No Time to Die,” Billie Eilish

Eilish — the year’s Grammy-sweeping teen — is the youngest choice yet to record a James Bond theme song. “No Time to Die,” her contribution for the upcoming Bond film of the same name, made with creative partner and brother Finneas, is appropriately tense. The movies we’ve come to expect with frontman Daniel Craig tend towards darkness and pathos; Eilish neatly latches onto those qualities. Haunting and echoey, “No Time to Die” gives full attention to the quavers of her voice and the flutters at its edges. A slim piano backbone is joined by instrumentation that builds into a full orchestral sweep, taking cues from Adele’s “Skyfall.” And then there’s the content: “You were my life, but life is far away from fair,” she intones. Looks like Bond won’t be having much of a happy ending, if Eilish’s lyrics are any prediction.

All About Love, K-pop supergroup Monsta X‘s first English-language album, is a novel — and savvy — new release. The six-member group — Shownu, Minhyuk, Kihyun, Hyungwon, Joohoney, and I.M. (seventh member Wonho left in 2019) — debuted in 2015 after appearing on a competition reality show, which winnowed down contestants to the final group. Like many successful K-pop groups, some of them specialize in singing and others in rapping, and all of them dance and appear in high-concept music videos. They’ve put out both Korean and Japanese-language albums, topping charts across Asia. But recently they’ve turned their sights to the U.S., too. To that end, there’s a little bit of everything on All About Love. Early single “Who Do You Love” with French Montana is the party song; Mr. Worldwide himself, Miami’s Pitbull, appropriately pops up to highlight the cross-cultural exchange on “Beside U.” Elsewhere, Monsta X seems more comfortable in the R&B realm. “You Can’t Hold My Heart” is a change of pace: en emo pop-rock track with guitar backing. It’s sweet but salty, and tightly executed with its nods to rock. And it’s a sign of dissolving borders — across language, across genre, across culture.

Chicago-born pop singer-songwriter Jordy has questions. “Is it love if I’m not f-cked up?” he asks. “Is it enough if I’m not messed up?” His new EP, Psycho, explores confusing love (or perhaps not quite love) in all the shades of its frustrations in a conversational, sing-song style, over bright, undeniably joyful pop beats: a cheeky contrast to the demons he wrestles in his lyrics. “Before I met you I was only aiming for attention,” he reflects. “But with you there’s something different; don’t mind a little distance.” He’s not talking about the love stories we see in movies, but the real ones we live with and try to understand all the time. It’s nice to have someone like Jordy commiserating with us when the music is this fun.

“Was It Not,” Marian Hill

What Marian Hill does with just a few chords and a voice is more than many can dream of making with a full orchestra. Spare and sexy with subtle jazz swing — their signature style — “Was It Not” chops and mixes vocalist Samantha Gongol’s elegant tenor over echoing key strokes and a precise trap beat, applied minimally. Lloyd told TIME that “Was It Not” is all about the “weirdness of memory” — how the passage of time mellows and changes our recollections of love past; “Was it May on the lake, was it not? Everything is a dream I forgot,” Gongol muses, nonplussed. The duo, consisting of producer Jeremy Lloyd and Gongol, have carved out a distinct sound that’s spacious and futuristic in its minimalism. Their next EP is out in March; it will serve as a refreshing palate cleanser.

Next week, we get alt-pop experimentalist Grimes’s full-length release, Miss Anthropocene. But on Friday, the hard-to-pin-down artist is offering up a surprising new side of her creative self with “Delete Forever.” Soft and musical, it’s a hard turn from other tracks on this project; “4AEM,” for instance, was one of her most aggressively loud stylistic mash-ups yet. Grimes has said that “Delete Forever” is a “bummer song” inspired by friends’ struggles with opioid addiction; she’s also said it owes a debt to Oasis’s “Wonderwall.” That’s clear in the guitar-strum intro and in her earnest, emotional singing. It becomes a Grimes song when she adds a folksy kick, “whoops” included, and an electro-hum effect. “Cannot comprehend, lost so many men / lately, all their ghosts turn into reasons and excuses,” she sings. It’s sad but ultimately a tender and sweet recollection — not something we’re used to hearing from Grimes, and all the better for the surprise.