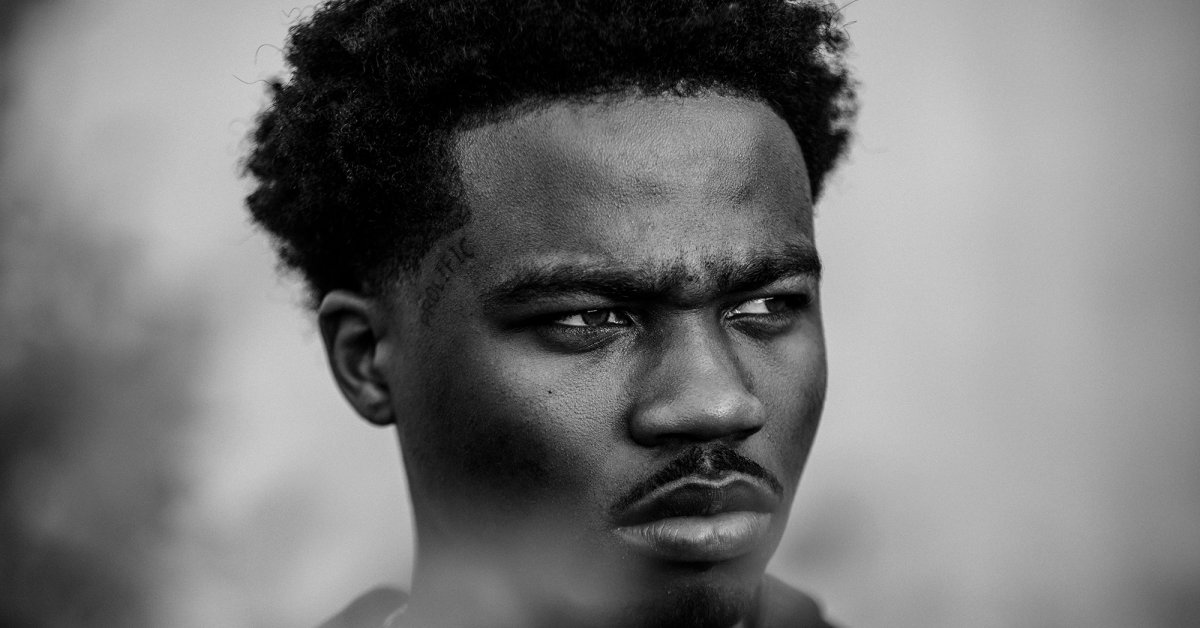 It’s barely two months into 2020, but it’s already been a big year for rapper Roddy Ricch.

The 21-year-old Compton artist has claimed the #1 spot on the Billboard Top 100 for the past five weeks with his viral earworm of a rap song, “The Box,” from his debut album Please Excuse Me for Being Antisocial, which is the longest-running #1 debut rap album to be on the Billboard 200 in nearly two decades since 50 Cent’s Get Rich or Die Tryin’ in 2003. Ricch also won his first Grammy two weeks ago for his collaboration, “Rack in the Middle,” with his late mentor and friend, Nipsey Hussle, but it’s “The Box” that has turned him into the toast of not only the music industry (Meek Mill is a loyal supporter), but the Internet (the Kansas City Chiefs memorably celebrated their Super Bowl LIV win by dancing to “The Box,”) something that’s kept Ricch busy, to say the least.

“It’s cool,” Ricch tells TIME, of holding the top spot in the country for over a month. “But I’ve just been on the road so much that I don’t really hear it. Usually when my music drops, I can go to my hood, I can hear people playing it. Now it comes from performing it, people knowing it and stuff. It’s crazy!”

It’s fairly difficult to be in any corner of the Internet right now without hearing “The Box” or more specifically, its distinctive squeaking sound effect that has drawn comparison to a squeegee being wiped on a window or a door creaking open and closed. It’s this sound effect, which Ricch added at the last minute after the song was completed, that catapulted “The Box” to being one of the top memes on TikTok with a whopping 1.5 million videos that cue up the song’s epic extended intro, which prominently features the squeaking noise, with short clips of them miming cleaning windows, dancing, or hitting the right angles to take a selfie.

“The Box” has also shown its ubiquity on YouTube, where Ricch is the #2 most-played artist on the platform, with his lyrics video for “The Box” (there’s no music video yet) clocking in at over 98 million views since it was dropped in early December 2019; Billboard reports that daily views on YouTube have reached up to 11.5 million, while “The Box” has clocked 197 million total on the platform through lyric, audio and fan-made videos.

The viral capital of the song has certainly contributed to the success of the “The Box,” with many pointing to its meme-ability as a catalyst for why Ricch has held onto the top spot over the likes of Selena Gomez, Drake and Future, and perhaps most memorably, Justin Bieber, who drew criticism after he shared and deleted a fan’s post on social media that gave instructions on how to stream his song “Yummy” on repeat in an effort to claim the #1 spot (Ricch, for his part, seemed very unbothered by the whole thing and encouraged his fans to go stream “Yummy.”)

Justin really told beliebers to set up a vpn to get yummy to #1 asjdfkljadsklfjsl https://t.co/LWQZm7ydp6

But going viral was never the goal for Ricch, who isn’t active on TikTok or much other social media, learning about the videos from his sister and family.

“I’ve never been the type to be on social media all the time,” he said. “They show me funny little videos like the dude wiping the glass. It’s fun to see people singing along, but the stuff they send me and show me, I’m not really watching it.”

It could be easy to get caught up in the buzz of Ricch’s internet ubiquity, but to do so would undermine his immense talent as an artist and a songwriter (he’s currently celebrating his fourth week at #1 on the Billboard Hot 100 Songwriters). His remarkable musical style as a rapper combines his West Coast roots with the sound of Atlanta trap music and Chicago drill rap, which is given an extra gravitas with his lyrics that range from the pondering the tough realities of life to bouts of uninhibited bravado.

Asked about Ricch’s viral success, Dallas Martin, the SVP of A&R at Atlantic Records, said that while TikTok is helping to drive the conversation around music, Ricch’s scores with “The Box” goes far beyond a buzzy social media moment.

“It’s an incredible feeling to be able to see a new artist dominate the charts and beat out some illustrious talent to claim the number one spot,” he tells TIME.

There was talk of how the sound effect was engineered to spread far and wide, but Ricch dismissed the idea that he added the effect to win the Internet.

“It’s just the sound I heard when I made the song,” he said. “I be putting sounds – you ever just make random-a– noises? That’s all it was. It was my imagination, wherever your imagination wants to take you. I feel like a lot of people gravitated towards the sound, but it’s just what I heard. When you make music, it’s all art – so it’s just the way I stroke my paint, the detail added.”

we made The Box at 6am in NYC after being up all night, you can only imagine my face when roddy already finished the song and said “Wait let me add something” & EHH ERRR 🚪 EHH ERR was born 🤣

Musicologist and Northeastern professor of music Andrew Mall feels that “The Box”‘s most recognizable soundbite isn’t even the most interesting part of the song, pointing instead to Ricch’s prowess as a songwriter.

“I see how and why that [sound] is a viral component of the song on TikTok, but honestly that’s not the most interesting component of the beat,” Mall tells TIME. “I’m really taken by the atmospheric synths that underpin the track and provide the central harmonic component, particularly since there is no bass to speak of aside from a pitched bass drum sample. Also, the fact that he retains writing credit here and on several other tracks that are charting, including those where he is a featured artist, speaks to a strong business savvy on his part.”

Mall also suggested that Ricch’s success might be even more dynamic than can be demonstrated by charting metrics, pointing to the fact that while “The Box” topped Billboard’s Streaming Songs chart on Jan 11, on Spotify, “The Box” took #1 on Dec. 26. In a time where viral success on music-driven platforms like TikTok can be as significant a factor in an artist’s career as more traditional forms of promotion, it can be challenging to accurately portray a viral song’s success both online and and on the charts in real time.

For Ricch, however, the success of “The Box” is just another blessing of the work he put into making his album, something he hopes to pay forward in the future by helping up-and-coming artists, much like Nipsey Hussle did with him.

There’s a new wave for people to be on social media, but it didn’t change the way I made my album,” Ricch said. “Everyone is just going to figure out a way to make a good song.”